TV or Not TV 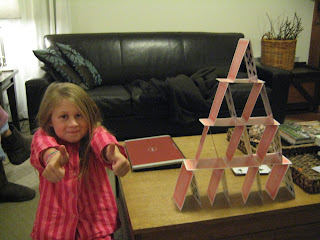 There are days and weeks in our household when the TV is on far too much. Now I am not a TV-hating Luddite. How can anyone possibly do the ironing without watching Grand Designs or Downton Abbey?


We all have a show or two that we really like, but sometimes the sheer baby-sitting convenience of wonderful children's television means that TV-creep starts to happen. The favourite show turns into four or five favourite shows, and suddenly the time between home time and dinner has been completely eaten up by ...nothing. That is the depressing thing about serial TV watching. Hours later you realise that time has turned to dust and there is nothing to show for it. And it makes children cranky. There is something about action, creativity, even arguing with your sister, that lets energy flow out and be drawn back in again, but passive TV watching turns our children into their own evil twins. But it is still so tempting. The peace, the quiet, the tidiness of children who are watching TV...

But after a spectacular tantrum before dinner the other night we decided that enough must be enough. No more peace and quiet in this house. We already have a TV ban in place before school, and after dinner until the little girls are both in bed (homework hours), but now after school and anytime after 9am on a weekend morning we will suffer noise and chaos and mess, but hopefully not as many cranky tantrums over nothing. The funny thing is, that after the initial whining while the girls were suffering withdrawal symptoms yesterday when their electronic drug was removed, they immediately found things to do which kept them happy for hours. There was a slight hiccup when I declared that the ipod, ipad and gameboy were also banned, but then Rosy got out her birthday painting kit and has produced two masterpieces on mini canvases, and Posy has been building card castles with surprising patience. She has also made two treasure maps which had to be drenched in tea, then baked with the dinner to give them that authentic olde worlde look, created word searches which I had to fill in, read us all jokes ad nauseum, then started a game where she dressed up in my coat and had Rosy tow her up and down the hallway on her back. My coat will never be the same again. I have read two books aloud, helped make a home movie, and had help cooking dinner. I have broken up several fights and emptied precious treasures out of the vacuum cleaner when I had help with the housework. It is only Monday afternoon.