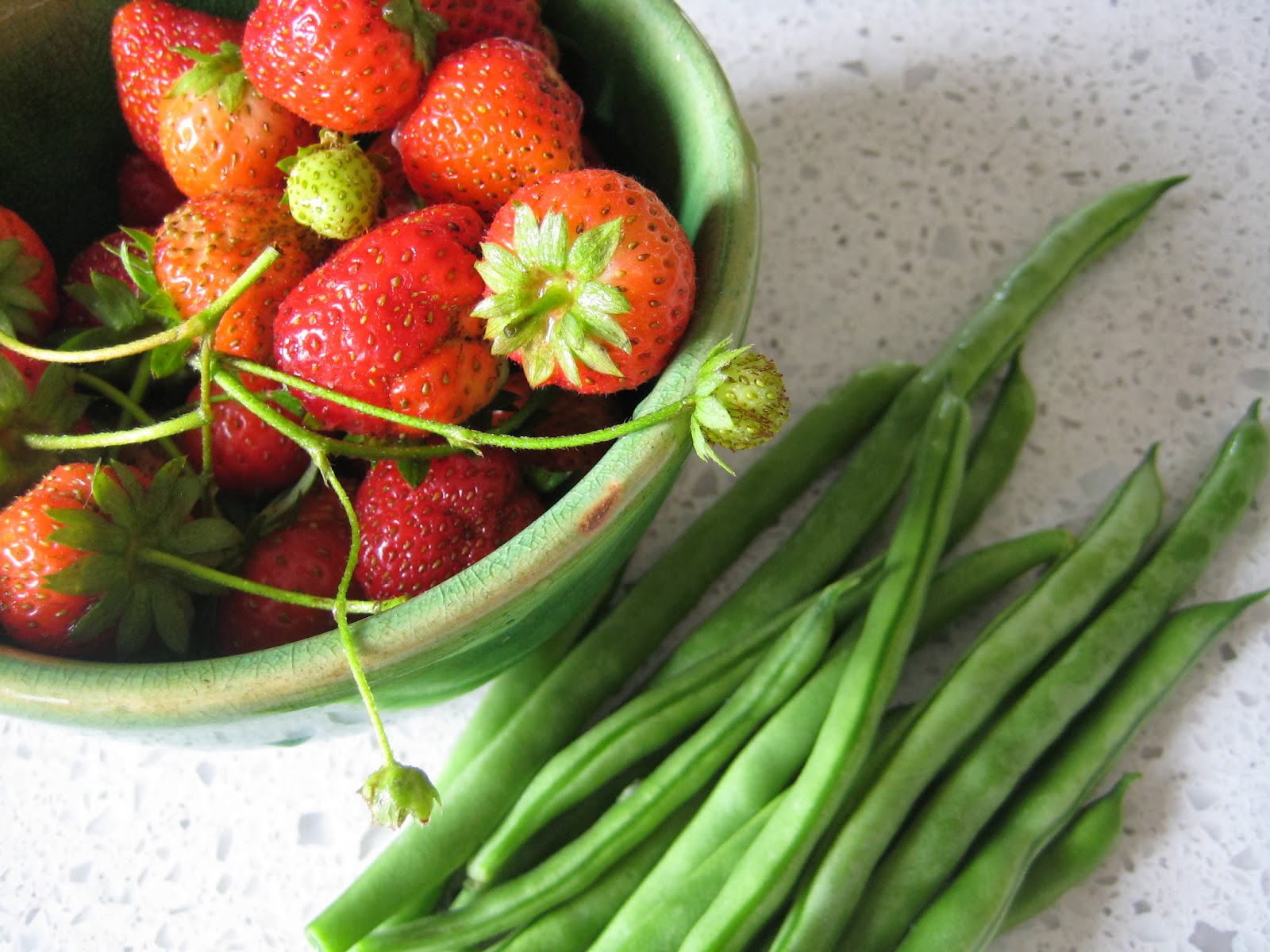 This morning I was absolutely appalled with myself. Last week the washing machine broke and I have been doing washing at the next door neighbours'. This morning the repair man was coming at nine, but I completely forgot and went up to the school vegie garden to water, leaving Posy at home with Rosy, who was sleeping in (The Girl's first day at school, so she had already left..). So what does Posy, who has been carefully drilled in stranger danger etiquette - don't answer the door, don't answer the phone when no adults are home - do, but open the door to the washing machine repair man, in her pyjamas no less, stand and watch while he fixed the machine, then happily wave him good bye when he had finished?
I couldn't believe it when I got home. Rosy had slept through the entire episode, and apparently Posy had opened the door... because she wanted to know who it was! OK, so the nine year old clearly has no modicum of common sense whatsoever, and obviously everything I say goes in one ear and straight out the other. I will not be leaving them again without making sure that Rosy is awake, and aware that her younger sister is completely unreliable. I can't believe that after four of them I still haven't plumbed the depths of what I don't know about my own children.
On the bright side, the washing machine now works.
Also, I have been collecting the ripe veg at the school garden over the holidays, so this morning I gleaned some bits and pieces that won't last until next Monday, which is our first school garden day. So now I have some more greens for this week, a bunch of spinach, a handful of beans, a couple of handfuls of strawberries. The universe provides.
This morning was The Girl's first day of school for her last year. So last first day of school! Luckily she is a self starter, and very conscientious. She exhumed various boxes from the shed to find her brother's old text books, organised her uniform and last night I found her stitching up her school bag where the zip was coming off. First morning was slightly enlivened by our clever, but normally indolent cat Polly, who caught her very first bird this morning, and brought it inside to show us. Luckily, neither of the cats has ever caught a native bird, mostly pestiferous blackbirds and sparrows, which they are quite welcome to, and Milo, our dopey if energetic cat is an excellent mouser and ratter. Unfortunately, he loves to bring us presents, and now Polly has joined him. It is so nice to be loved..
Food experiments today - I am trying to approximate a muesli bar so that I can stop buying the ones at the supermarket in their little plastic shrouds. I had a good tasting recipe, but it was too crumbly, so today I put the individual slices in the dryer for a few hours, which made them good and tough. I think we have a winner! Even Posy ate one. If she takes one to school then actually eats it while there I will deem it a success and post the recipe (she is my toughest critic).
What real home-cooked food looks like: 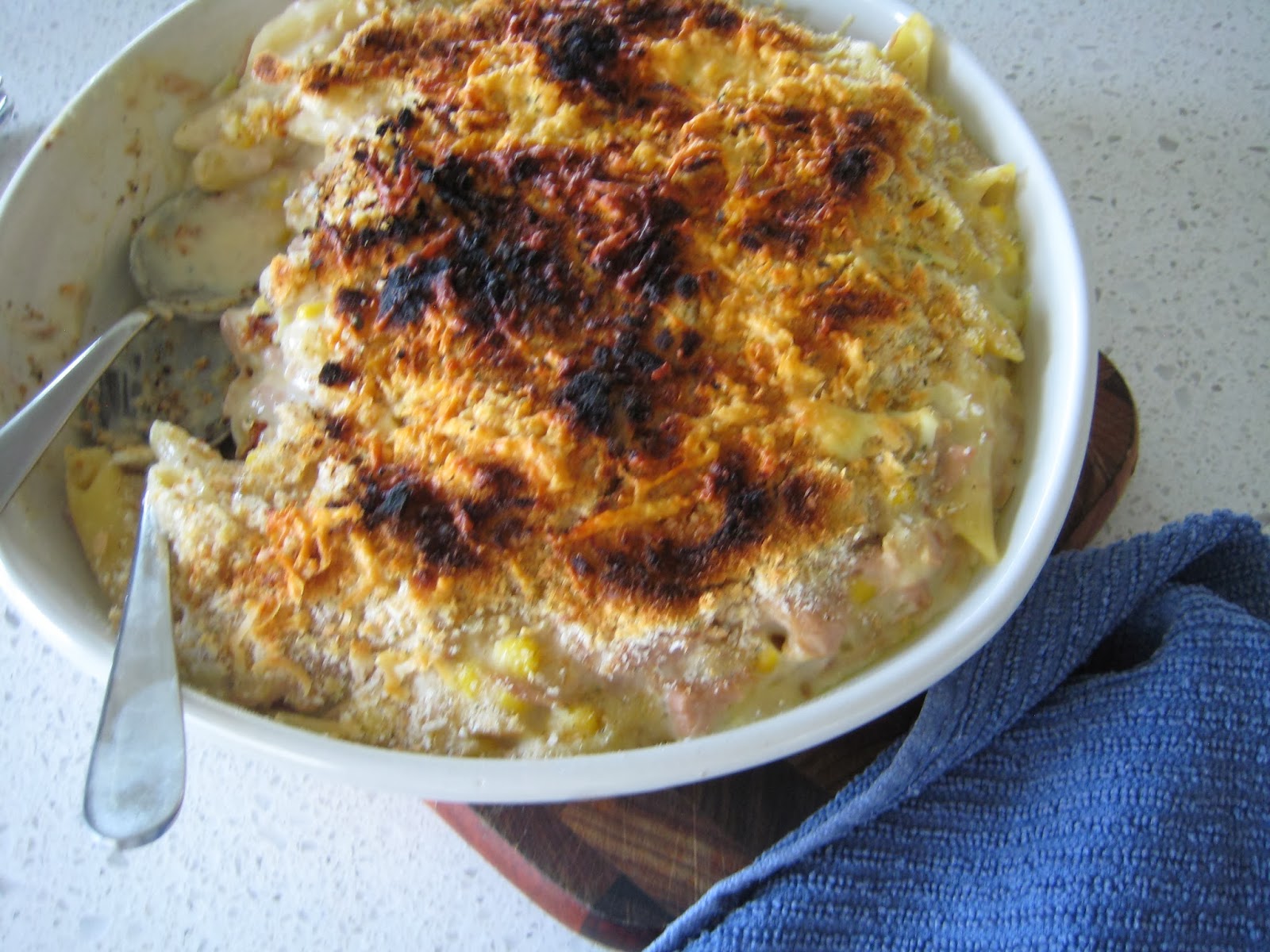 Oops. This is what happens when you 'just look something up' on-line for 'just a minute' while cooking dinner..

Anonymous said…
Scary! But funny in a way. I can see you little Miss being quite the madam, letting in the repair man, showing him the way and seeing him out.

Glad you got some more food stuff. Was worried about your girls having to eat kale! Lol.

Anonymous said…
At least she didn't offer to cook him breakfast ;). Your eldest daughter is a star. You must have done something right with her... you can take comfort in that ;). Can't wait to get the recipe for the bars but I already have the recipe for how to "caramelise" the top of my baked goods. I can reproduce that recipe on a daily basis if required ;)
Tuesday, 04 February, 2014

Heather said…
Wow. Well, at least she's fearless. That's not such a bad quality. I think I have put so much 'fear' into my kids that they may have a hard time adjusting to life as independent adults. I wonder what the repair man thought about his customer being 9 years old! It's a good story for you and him :)
Tuesday, 04 February, 2014

Anonymous said…
A good learning experience for you! Sometimes you just don't know how they'll behave until a real-life situation comes up. I now use the kitchen timer for EVERYTHING due to the same results you achieved :)
Tuesday, 04 February, 2014

Jo said…
Lucinda, scary, yes, but clearly equal to every occasion! And yes, the girls were quite worried about having only kale to eat as well..
Fran, I don't think I can claim it has anything to do with me, with only one out of four children organised and proactive. The trend is quite the other way. And yes, caramelised, that is what it was..
Heather, I actually rang the electrical repair company to ask them to reassure the poor man that I didn't purposefully leave my 9yo to receive him, and could they please not call community services this time, thank you ever so much..
an exacting life, yes, exactly! Now I know:( And yes, kitchen timer would have been a good idea here..
Tuesday, 04 February, 2014

Jo said…
e, tuna mornay of course, retro cuisine, the ultimate store cupboard dinner. Actually, I thought in the photo it looked rather like porridge, but it tasted yummy, burnt bits notwithstanding..
Tuesday, 04 February, 2014

Linda said…
I know I am a Brit who understands Kiwi but your Tasmanian statement "put the muesli bars in the drier" flummoxed me. I am imagining museli bars gaily spinning around in the tumble drier. Surely that's not right?

Impressed with your highly organised and extremely motivated daughter.
Hope you are now over the panic of your 9 year old dealing so efficiently with the washing machine repair guy.
Children never stick to the script.
Tuesday, 04 February, 2014

Jo said…
Ha Linda, yes, that would be a food dehydrator. And yes, the script. We have now thrown it out and are going with improv..
Tuesday, 04 February, 2014

Linda said…
Thanks for the enlightenment Jo. Have to say I have never heard of a food dehydrator but now Googled them so I now know what they look like. Hope the muesli bars are still a success for the lunch boxes.
Thursday, 06 February, 2014