The Technology All Died 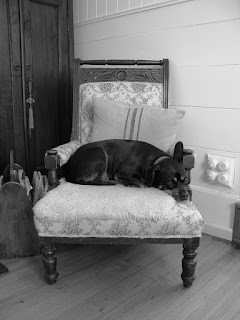 Well, my camera died, my phone is on the way out and my laptop is dying as well. Now, you know me well - the last thing I want to do is to run out and buy a bunch of new technology that is a) very expensive, and b) using up remaining limited stocks of rare earth metals and whathaveyou in its insides. I did buy the camera new, many years ago. It is one of those point and shoot digital types that is now so passe what with phone cameras being better and all - but my phone, which used to belong to The Girl, worked well for most things, even took photos, but refused to transmit those photos to any other device. I have never had a new phone. I always happily received very old phones from whoever was getting rid of them. Generally my phones had been lying about in drawers for several years before their owners passed them on to me as the last stop before the recycling bin. My laptop came from the husband of an old friend of mine who in the course of his work rescues unwanted laptops from schools and government departments and refurbishes them for anyone in the community who needs one. He is one of my personal heroes. This laptop has been brilliant - it has a Linux Mint operating system installed, open source software, a concept which I love, and which has worked wonderfully. However, now I want to do some writing, and the hard truth appears to be that publishers require Windows documents. And this laptop has a completely dead battery - I can only use it when it is plugged in. And sometimes just dies,which is worrying. The Girl gave me her old school laptop, and that works fine, but its battery is dying too, and, get this, I can do anything on it except open up blogger! It refuses to let me in. Which is a bit awkward.

So I rang The Boy to ask if he or any of his technologically sophisticated friends had a laptop or phone to sell. Turns out he had an iPhone 5 sitting in a drawer that he thought would make a good late birthday present for me, because he is so lovely, so I now have the phone/camera problem all sorted. Well, I will when I ring the phone people to get them to send me a new, tiny sim card. I hate ringing the phone people. Sigh.  But I have made a pact with myself that I can't eat lunch until I ring the phone company. It will be interesting to find out whether I want lunch more than I want to not ring the phone company..

I have to say I am very tempted to run out and buy a new laptop. It just seems so convenient to walk into a shop, plunk down money, and there you have it, a brand new shiny thing.. but I probably couldn't even bring myself to that. And where would the excitement, the serendipity, the story be in that? Nowhere, that's where. And life without uncertainty and thrill of the unknown? Completely unbearable. I'll keep you updated:)

PS I am trying hard not to think of all the photos that I never got around to taking off my camera before it crashed to the floor and stopped working forever. Go store your photos somewhere safe now! There won't be any new photos for a few days, but enjoy this portrait of Benny-the-tired-puppy by my brother from last year.

Tracy said…
In our house dead technology results in a very high stress situation! It's a position we no longer wrangle with, because we accidentally become dedicated Apple people. We didn't mean to, but we just couldn't go past them anymore, higher expense and all. They work too well and last too long to scoff.

I'm glad you got your phone situation sorted....and hopefully you'll find a computer that does everything you need it to.
Wednesday, 23 August, 2017

Jo said…
Tracy, I am hoping that my new/old iPhone will work too well and last too long too! In my son's case, the iPhone 5 lasted until the iPhone 6 came out! Do you keep the old Apple gear, or upgrade?
Wednesday, 23 August, 2017

Sorry to hear about your technology woes. I am also the happy owner of a hand-me-down iphone 5, still works great (indeed better than many other new phones).

Just wanted to point out though that you can still provide documents in MS Word format with Linux Mint. All you have to do is open your story/essay and click FILE->SAVE AS. In the bottom right of the window that pops up you can change the FORMAT to whatever your heart desires, including PDF, DOCX and TXT.

I also write a little bit and just discovered a great open source program (not available on windows) for Linux Mint. It is called "Focus Writer" and you can easily turn off spell checker, menus and all other distractions so only the blank page is on your screen. You can even enable the old-school clicky-clacky typewriter key sounds :-) Free to install from "Software Manager".

Anonymous said…
The loss of photos is something I have dealt with a couple of times. Thought I'd learn!! But then what can you do with thousands of photos? It's kind of a relief.

We've had our computer for about 5 years. It just stopped talking to my phone so when I recently tried to upload and save my photos, I had no joy. Like you, I don't want to talk with the company so I will live life on the edge.

I did make photo books of our trip to Tassie and London. Enough photos saved.

As to sourcing environmentally more friendly technology. Good luck. My son sold our old phones to a recycling company. And he always uses our old phones first. Phone companies are tricky the way they do software upgrade that the old phones can't handle. Sneaky money making companies!!!

The main question of the day becomes: Did you succumb to the need for lunch (life is short and missed lunches are missed which can be a bit of a shame from my perspective); or did you contact the nice phone company? Sometimes I make life easier for me by going to a Telstra shop as it is easier dealing with people face to face. I am old fashioned though.

Oh, replacement laptop batteries can be purchased on eBay. I have a ten year old laptop which runs fine and I reckon is now onto its third battery. You can also obtain much higher capacity batteries than the dodgy ones they originally placed in your laptop. There are collection bins for old batteries all about the place too as there may be some recyclable materials inside those deceased batteries. I don't really know the truth of that matter.

I assume that you have heard of Open Office which is an open source version of Word Processing and Spread sheet programs? I believe it runs on Linux Mint. I run it on an old Windows XP laptop and it works perfectly and will save Word Processing files in the current Word format. I like the program as it reminds me of the old versions of Office which in my opinion are more intuitive than the the current versions.

Anonymous said…
Just a thought Jo - isn't there a memory card in your old broken camera that you can retrieve and then salvage your photos from?
A. Nono
Please excuse my bizarre anonymity but I feel strangely shy...
Thursday, 24 August, 2017

Anonymous said…
Are you just being scabby and secretly begging for someone to donate their technology to you?
Just a thought...
Thursday, 24 August, 2017

Debbie said…
Sorry everything is dying but am happy for the blessing of a new phone for you!
Friday, 25 August, 2017

Jo said…
Damo, that is absolutely brilliant information, thank you! And one reason that I love Linux is that it is user friendly enough that I was able to follow your directions and download Focus Writer, and also format a document as a Word doc. Wonderful! This means that if my computer is not dead after all, but merely needing a new battery, then I will be able to keep using it. Yay!

Lucinda, mmm, yes, so many photos. I do think about my great grandma who had about a dozen photos taken of her in her lifetime. The convenience of taking and storing photos also creates a giant headache. I don't take many photos, and I don't have any photo albums since about the year 2001 when we bought our first digital camera. I have a few photos of the children on the wall, but the rest are scattered in various digital places, including some on the dead camera. Right on the bottom of my mental to-do list is 'sort photos and get the precious ones printed in photo books. Or something.'
Friday, 25 August, 2017

Jo said…
Chris, I rang the phone company, thereby earning my lunch! Lunch is important! I have Libre Office installed on my Linux system, which may or may not be the same thing as Open Office, but would certainly be similar. It seems to do everything that Word does, except more reliably! Yes, if my computer only needs a new battery I will order one at my handy battery shop in town. I do want to make sure that I can do what I want to do on this computer though, without it dying completely, before I go and buy a new battery. But thanks to all the technical advice I am getting, it seems clear that I can use any old reconditioned computer and get Linux installed on it, which is fantastic news!

A.Nono, thank you! I know it is hard to believe, but I am such a numpty that when I couldn't get my photos off the camera using the cord that connects it to the laptop (the method I always use), I thought I had tried everything. I completely forgot about the memory card! When I told the girls this, they just rolled their eyes in that pitying way teenagers have. When I said I had tried everything, they assumed I'd tried the memory card too. I am so grateful that you have anonymously assumed a complete lack of IT nous on my part:) I am particularly grateful, because the photos of Posy's primary school graduation were on it, so thanks for pointing this out before I took it to the recycling centre xx

Anonymous, well of course I am. That is, after all, the reason that I blog. I consider this space as my own private cargo cult. The pity of it is that it is not working out as well as I had hoped..

Debbie, isn't it the way that everything goes at once! However I have received some wonderful advice here to help me on my way, and I do admit to being a tiny bit excited about my new phone:)
Friday, 25 August, 2017